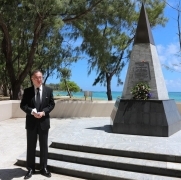 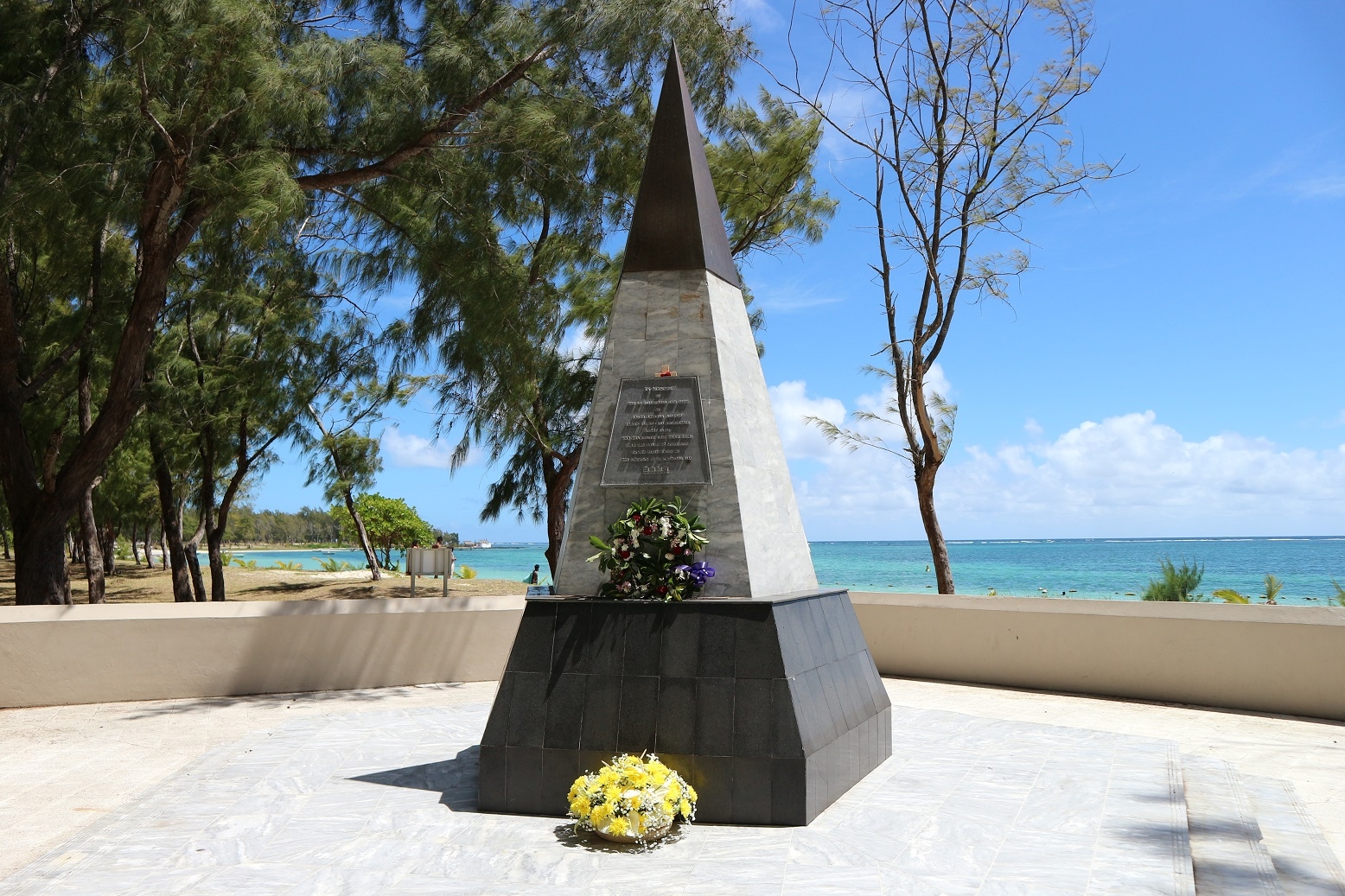 On December 2, Ambassador Kato visited a memorial tower for victims of a crash of South African Airways Flight 295 at Belle Mare.
The Ambassador, some Japanese residents and embassy staffs offered flowers and a moment of silent prayer for the victims.
South African Airways Flight 295 crashed into the Indian Ocean about 250km off the Belle Mare Beach on the eastern coast of Mauritius, exactly 30 years ago, on November 28 1987, killing all 159 crew and passengers including 47 Japanese.
This monument was erected by South African Airways on the public beach of Belle Mare in memory of the passengers and crew, facing direction of the accident area.